Helping Inmates and Their Families With Useful Resources

Helping to reduce recidivism through the love and kindness that can only come from family. Learn how to save on jail calls. Before you can sign up with the companies above to reduce your jail call cost you must sign up with a general provider: How To Lower Your Jail Call Costs

When an inmate makes a call to your cell phone you may pay a hefty price per minute. This guide is meant to move you towards better money saving decisions. While the GTL, Securus, and other inmate calling service rates are unaffordable (as high as 14$ a minute) when calling long distance, an added service like GlobalTel will lower the cost when used simultaneously. Sign up for both services and you can pay the local rate to call jail which is far less per minute. GlobalTel has a great article about how to sign up for inmate calls here.

How Much Do Inmate Calls Cost?

Prisons and jails generally charge an extra fee on top of the regular cost of a local or long distance inmate/jail call. According to the FCC, some prisons have charged up to $14 per minute to inmates making long distance calls. Fortunately several companies (like GlobalTel and SecurTel) provide services that help lower these costs. They generally do this by creating a local phone number that an inmate can call. This service will then route the call to the long distance number and you’ll talk long distance at the local rate. These services can save inmate families thousands of dollars each year by making it more affordable to stay in contact.

How To Send Mail To An Inmate

Prisons often have strict rules for how inmate mail must be addressed and what letters can contain. Mail is often delayed because letters sealed in envelopes must be opened and inspected. This can sometimes delay important messages and create a lag and disconnect between the lives of families and the life of an inmate. It can be awkward to write an inmate about things going on outside in hope that this information will provide subject matter to discuss during phone calls, only to discover that the inmate hasn’t yet received the letter.  Sending regular mail structured as a postcard with a photo and properly addressed is a great way to maintain contact. The format is easier for children and easier for everyone to make time to send without sitting down to compose a formal long form letter. This also eliminates the hassle of buying paper, envelopes and stamps and finding a postal box to drop the letter off. Companies providing Jail Mail Services:

Hundreds of Church and Civic organizations exist to assist families with loved ones in prison. JailAid has compiled a list of many of them. 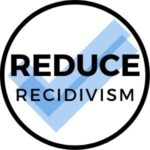