What Should We Do with Imprisoned Activists in the USA? 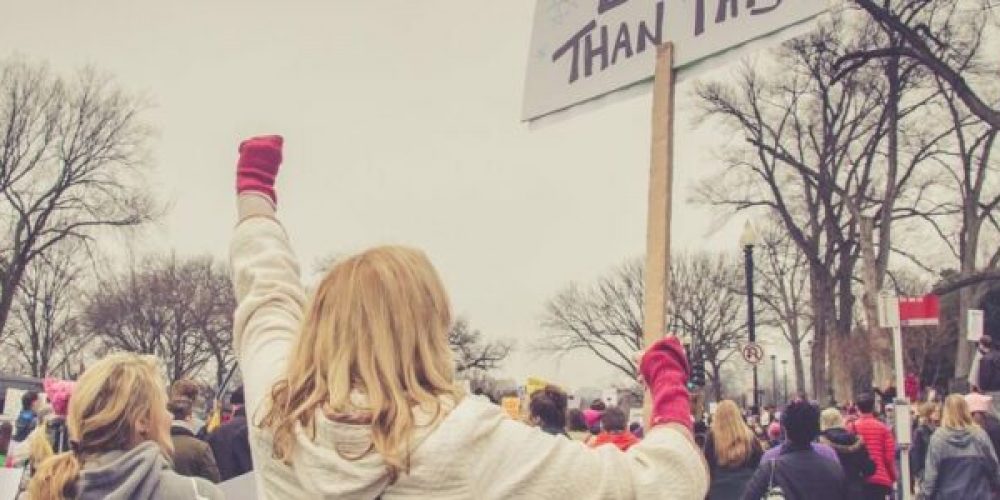 To some, they’re just a bunch of noisemakers who litter the streets and sometimes cause traffic jams. But to the people whose lives they helped change, they are heroes.

You may not realize it but activists had been consistently changing the world as we know it. Though their methods and reasons vary, they share a common desire: to make the world a better place.

In a democratic country like the US, everyone is entitled to their own opinions. We also have the freedom to express it in any way we want as long as we stay within the law. That’s why it is not uncommon to see protesters marching in our streets fighting for what they believe in.

Unfortunately, not all protests are done in peace. Whether it’s to generate more attention or spur immediate action, some activists choose violent ways to get their point across. As the law can only be so tolerant, these actions often lead to arrests.

Activism comes in many forms for different reasons. Any action (collective or otherwise) that aims to effect a change in society can be referred to as activism. The desired change can be political, social, economic or environmental.

The first recorded account of collective protest dates back to the 1st century BCE. About 70,000 Roman slaves revolted against slavery and oppression in the empire. Though they were eventually defeated, their actions inspired later generations.

Thirteen centuries later, another slave uprising happened. This time, it occurred in the British soils. The Peasants’ Revolt broke out in response to unreasonable taxes. This, coupled with the devastation caused by the black death, caused the slaves to storm London and kill royal officials.

Fast forward to 1930 where Mahatma Gandhi led thousands of Indians in what is now known as the Salt March. It was a peaceful protest against taxation on salt production. This act led to Indian independence from British rule.

In recent times, social media has become a powerful tool for affecting reforms. Tags like #BlackLivesMatter, #MeToo, and #MAGA have become the rallying point of social media activists.

Activism In The USA

Being one of the most staunch supporters of democracy, the US had always been a hotbed for activism. LGBT rights, legalizing abortion and cheap jail calls are just some of the social issues modern American activists are fighting for.

“We are living in America’s golden age of political activism”, says a Boston Globe 2017 article. It added that this age sees people from all backgrounds pushing for their own causes. The sheer volume of people who took to the streets during and after Trump’s inauguration seems to affirm this notion.

Some experts see the surge of social media activism as the main driving factor for this. People who didn’t know each other but share a common desire meet and start a collective action. Social media domains of celebrities and influencers have become a political battlefield.

The US is also home to a number of social, political and civic advocacy groups.

Hunger strikes. Sit-ins. Human barricades. Suffice it to say, it’s not easy to be an activist. You make enemies. Plus there’s always the threat of getting arrested if you get a bit too far.

Over the years, the US has locked up hundreds of activists. Charges against them included murder, arson and posting extremist ideologies on Facebook. Here are some of the prominent activists currently serving time in a US prison:

Born as Anthony Bottom, Muntaqim was a member of the now-defunct Black Panther Party. He got arrested for his part on murdering two police officers in New York in 1971. At 66 years old, he has already served 47 years in jail.

The Black Panther Party is a movement of African-Americans. It aims to protect black neighborhoods from police brutality. When the party was disbanded, a lot of its members got arrested and are still serving time until today.

The Standing Rock incident showed the world the resilience of Native Americans. They were protesting the construction of the Dakota pipeline project. People like Little Feather, Rattler, Red Fawn Fallis became the face of the resistance. They and 140 other Native Americans were arrested during the riots. Most of them are still in jail.

He is a political activist and journalist currently serving a life sentence. He was convicted for murdering a Philadelphia police officer. He rose to fame for writing about the country’s criminal justice system while on death row. Before his arrest, he was president of the Association of Black Journalists.

Hammond made the news when he got a 10-year sentence for hacking a private intelligence firm’s network. He later released the data to the whistle-blowing website Wikileaks.

A vegan and animal rights activist, he got locked up on charges of federal terrorism. He and another activist Nicole Kissane were freeing animals from fur farms.

Activism Laws In The USA

The United States Constitution provides for the protection of freedom of expression. That includes the right to protest, demonstrate and speak out against the government. Though it guarantees that anyone can voice their opinions no matter how unpopular they may be, it has limitations too.

Defamation, fighting words, and obscenity are not covered by freedom of expression. Defamation is making false statements that tarnish a person’s reputation. While “fighting words” consists of throwing highly offensive statements to a person to evoke a violent reaction. Lastly, obscenity involves using words or images that offend moral standards.

There are also other restrictions that the government may impose in the interest of public safety. Acts like trespassing and disorderly conduct can be sanctioned. They are also allowed to impose restrictions on the place, time and manner of the protest.

So, in your opinion, are these imprisoned activists heroes or trouble makers? More importantly, what should we do with them?