What It’s Like To Give Birth in US Prisons 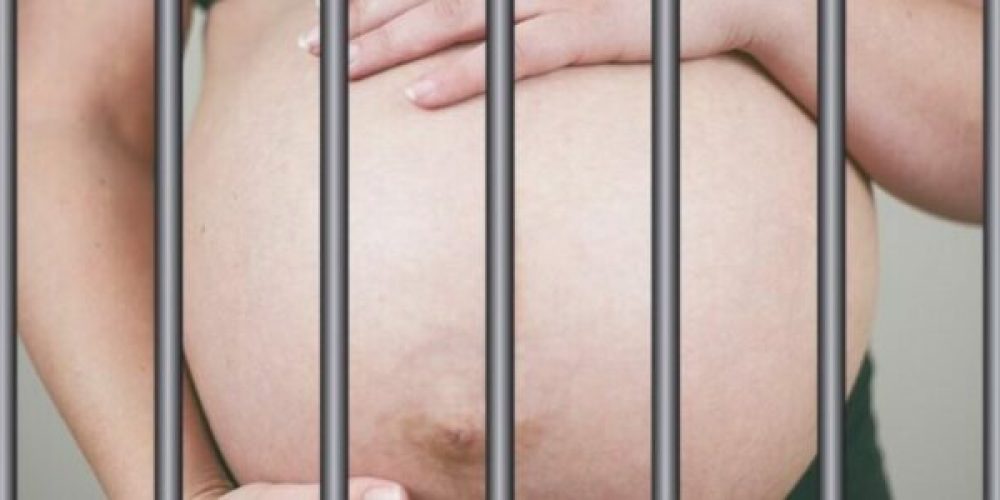 There’s a saying that when a woman gives birth, one leg is in their grave. This illustrates how difficult and dangerous childbirth can be for most women, even with proper medical care. But giving birth while in prison is just another matter altogether.

For one, there is still no established national protocol for inmates to give birth in US prisons. Though some provisions on women’s health have been introduced recently, the system is still virtually unchanged for the past century. Pregnant prisoners usually receive little to no support during their pregnancy. And birthing conditions are lacking at best, inhumane at worst.

It’s uncommon for pregnant inmates to give birth in US prisons. Some began their sentences while expecting. Others are unfortunate victims of sexual assault. Regardless of their circumstances, we can all agree that a prison cell is hardly an ideal environment for a pregnant woman.

Prison food alone can put the unborn child’s health at risk. Inmates don’t have access to fresh and healthy foods. Most of what’s served to them are either spiked with tons of preservatives or on the brink of spoilage.

Sanitation is another hazard that pregnant women in prison have to deal with. It’s not a secret that some prisons are filled way past their original capacity and tends to be really crowded. With 10-20 people sharing the same sleeping quarters, toilet and bathroom, cleanliness can be a real issue.

In the summer, overcrowding poses health risks too. With ventilation often an issue in most facilities, the extreme heat can put both the mother and the baby at risk.

Broward County Jail was recently under fire for its inhumane treatment of a mentally-ill pregnant inmate. She was left alone while giving birth inside her cell. Reports showed that she was complaining of stomach pains to the prison guards. Rather than bringing her to the hospital, they decided to contact the prison doctor. It took them four hours to reach him and it’d be another three hours before he reached the prison.

Within those seven hours, she birthed a child on her own with no medical assistance whatsoever. Not even a clean linen to wrap the baby in. Fortunately, she and the child survived the ordeal and were consequently sent to the hospital.

Though this sounds appalling to those who’ve never been to prison, this woman’s case is not isolated. Medical care for pregnant inmates is left entirely on the prison administrator’s discretion. As a result, medical assistance for expecting inmates are often limited.

In addition, no family member is allowed inside the delivery room. In fact, family members are usually kept in the dark until after the inmate has given birth. The only ones allowed inside are prison guards and the medical staff. Imagine if you give birth in one of the US prisons having only strangers by your side.

Shackling inmates goes as far back as the middle ages to thwart any escape attempts. This has continued even to this day with inmates being kept in chains when they are transported. Unfortunately, pregnant inmates aren’t spared from this treatment.

From the ambulance to the delivery room, inmates are shackled to their beds the entire time. This keeps them from assuming a comfortable position while in the midst of gruesome labor pains. They are also immediately handcuffed right after giving birth offering little opportunity to cuddle their babies.

Inmates are also shackled during a doctor’s visit, that is if they’re lucky enough to be provided with prenatal care.

Some states have already put up legislation banning this practice but it is yet to be properly implemented.

After the baby is born, they are often taken away from their mothers to be placed in foster care. While this seems a practical alternative than raising an infant in prison, many experts argue that this is detrimental to both the mother and the baby’s health.

Studies have found that children who were separated from their mothers early on tend to grow up with psychological issues. On the other hand, this puts the mother at great risk of suffering from post-partum depression. This is compounded by the fact that most of them can’t even afford a regular call with their families outside. Yes, the lack of cheap jail call alternatives in US prisons is also seen as a contributing factor in the rise of post-partum depression among American inmates.

In the 1950s, some prisons allow new mothers to take care of their children in prison nurseries. The practice has since then been abolished due to budget constraints. But state women’s prison in California, Illinois, Indiana, Ohio, Nebraska, New York, South Dakota, Washington, and West Virginia are now building prison nurseries for their pregnant inmates.

Rules vary for each prison but, in general, inmates are allowed to care for their newborns anywhere from 30 days to 30 months. Another requirement is that they must not be convicted of violent crimes or has any history of child abuse or neglect. Some nurseries are located within the facility itself while others are in an offsite community corrections setting.