The Most Famous Criminal Trials in US History 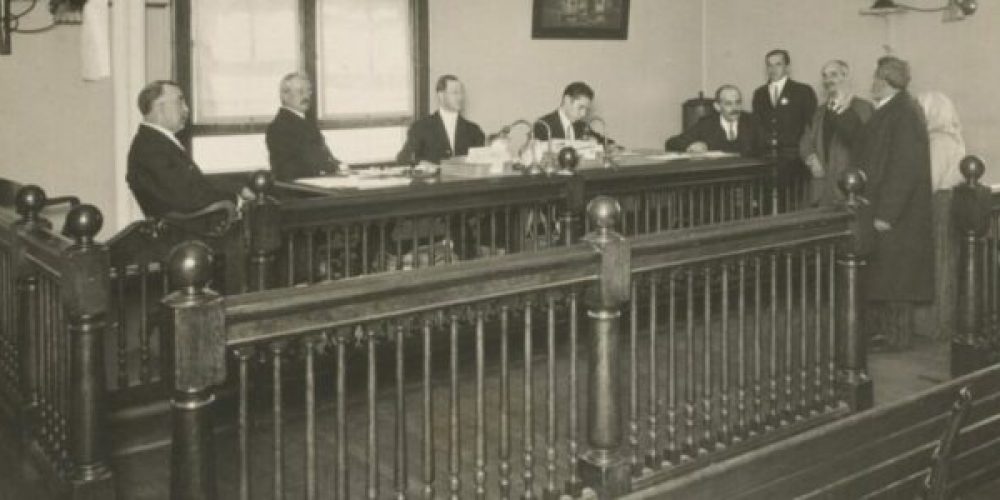 With the current state of mass incarceration in the US, hundreds of criminal trials happen every day. But some trials stand out from the rest that it captures public attention and made headlines.

From serial killers to cult leaders, US Courthouses had played host to many colorful characters. Their charges can range from controversial to bizarre and sometimes downright horrifying. The stories of their transgressions are so interesting that a lot of them were made into Hollywood movies. In fact, plenty of memorable movie characters are based on real people who once stood trial.

In this post, we’ve listed some of the most famous criminal trials in US history.

One of the saddest injustices in American judicial history is the Salem Witch Trials. From February 1692 to May 1693, a series of prosecutions in colonial Massachusetts sent 19 people to the gallows. Their crimes? Witchcraft.

Today, being accused of witchcraft would not send you to death row or even warrant a day at court. But people in 17th century America believed that witches live amongst them and are causing havoc to the community. This belief stemmed from similar witch trials that spread mass hysteria across Europe decades earlier.

Apart from the 19 people who were wrongly sentenced to death, five others died in jail and one died of torture. Because of this, historians call it the deadliest witch hunt in US history. (Related: People Who Were Imprisoned For Crimes They Didn’t Commit)

Even if the Boston massacre happened more than two centuries ago, people still can’t agree on who was at fault. Was it the overreacting soldiers who fired on civilians without the proper orders? Or was it the Bostonians who hurled at the Red Coats verbal insults, snowballs and oyster shells, among other things?

Five people lost their lives on that fateful night. Yet, all but two of the soldiers involved in the shooting were convicted. To evade the death sentence, the soldiers who were found guilty invoked the ‘benefit of the clergy’. They were instead punished by branding their thumbs. Naturally, the verdict elicited strong disapproval from the locals. Many believed that this incident also stoked the fire leading to the American revolutionary war.

Every American is familiar with how John Wilkes Booth put a bullet in President Abraham Lincoln’s head. This bold assassination has been the subject of several blockbuster movies. Yet, few people know that his death is more than just the deed of one man. It was part of a larger conspiracy that aims to destabilize the entire federal government.

In the course of the investigation, it was found that at least eight people aided Booth. They were with him from planning the deed to covering his tracks during his escape. They were tried before a military commission amidst debates on the legality of such. All were found guilty. Four were sentenced to death while three were sentenced to “hard labor for life at a location the President shall direct”. Ed Spangler, the stagehand who held the theater’s back door open for Booth to escape, was sentenced to six years of prison. (Related: Calling Out Companies That Use Prison Labor)

Slavery is one of the saddest tragedies in American history. People of color were often subjected to inhumane treatments. Under the law, they don’t have rights and were merely properties of their masters. This means that their owners can do anything to them without fear of repercussions, including rape.

Female slaves like Celia were especially susceptible to sexual abuse by their masters. She was only fourteen when her master, Robert Newsom, started raping her. The sexual abuse continued over the next five years during which she bore him a son. When she got pregnant again in 1855, Celia begged Newsom to leave her alone at least until she gave birth. Her pleas fell on deaf ears.

When he came to her again on the night of June 23, 1855, Celia struck him on the head with a large stick. He groaned and sunk on the floor during which she clubbed him again with a fatal blow. After making sure that he was dead, she burned his corpse in the fireplace.

In the ensuing investigation, Celia confessed to the murder. During the trial, she insisted that she only meant to hurt him not kill him. She also claims that the years of sexual abuse compelled her to do such an act. With an all-white jury, most of whom were slave owners, Celia was sentenced to “hang by the neck until she was dead”. (Related: Inmate Death in US Jails and Prisons)

In 1892, Lizzie Borden was in the covers of almost all newspapers across the country – for the wrong reasons. She was accused of brutally killing her father and stepmother in their home in Massachusetts.

They discovered her stepmother on the second floor of their house. She was lying on the floor and the back of her head was bleeding. Investigations revealed that someone struck her with a hatchet 17 times. Meanwhile, her father died in the living room with similar wounds to his head. One of his eyeballs was split in half suggesting that he was murdered while asleep.

Upon questioning, Lizzie gave contradicting statements on where she was at the time of the murders. Other questionable actions strengthened suspicions against her. At the trial, the prosecution failed to prove her role in the murders. This leads to the juries acquitting Lizzie after an hour and a half of deliberation.

More than a century after the trial took place, it still intrigues us. Countless theories have emerged over the years on who the real killer is. Many were convinced that Lizzie did it, which is why society continued to shun her even after her acquittal.

Former US President Richard Nixon had popular support until the Watergate Scandal rocked the white house. It not only prompted Nixon’s resignation but also changed US politics forever.

It all started in the early morning of June 17, 1972. The police caught five men while attempting to install wiretapping equipment and stealing top-secret documents in the Democratic Party’s Watergate headquarters. Investigations revealed that the burglars have ties to the White House. Remember that this is at the height of the election campaign. Nixon was running for reelection against Democrat George McGovern.

Nixon vehemently denied his involvement in the break-in. He also went to extraordinary heights to cover up the incident. Many voters believed him and handed him one of the largest electoral landslides in the country’s history.

In his second term, Nixon became even more determined to not get implicated in the scandal. He reportedly paid the arrested men “hush money”. He also instructed the CIA to block the FBI’s probe on the case.

It all came downhill when several of his aides broke down under pressure. During the trial, they pointed to Nixon as a co-conspirator in the wiretapping attempt. They also testified that he wiretaps all the conversation in the oval office. Nixon refused to hand out to the courts the wiretap tapes at first but later gave in.

The tapes confirmed his role in the Watergate scandal, which prompted the call for his impeachment. Before they could impeach him, however, Nixon handed out his resignation (the first US president to do so) and left office the next day. His successor eventually pardoned him from all the crimes he committed while in office. Some of his aides were not as lucky though. They were convicted of very serious offenses and sent to federal prison.