The Most Daring Prison Escapes in US History 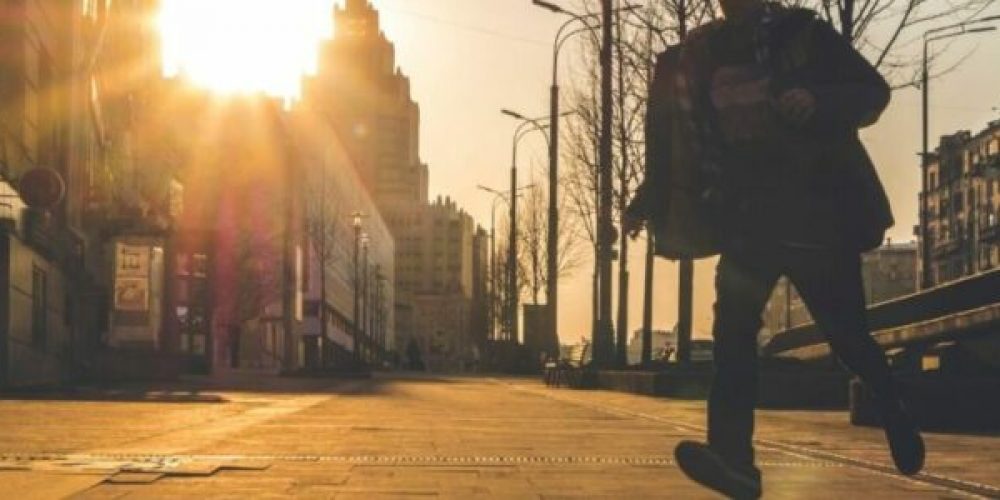 In the movies, an epic prison escape scene usually involves death-defying stunts. Contrary to popular beliefs, these scenes are not exaggerated. In fact, some of them took inspiration from real-life prison escapes.

Here are the most daring prison escapes in US history that would put to shame some Hollywood movie scenes:

During the American Civil War, more than 100 Union soldiers escaped from Libby Prison in Richmond, Virginia. The prison was considered inescapable; thus, security was quite lax.

It wasn’t a walk in the park for the POWs though. They had to traverse through a tunnel aptly dubbed as “Rat Hell”. For 17 days, they dug the earth and concealed it with straw. Finally, on February 9, 1864, they made their way to freedom amidst the squeaking of thousands of rats. The tunnel brought them to a vacant lot beside a warehouse where they easily slipped through the gate.

More than half of those who attempted escape made it back to Union lines. Unfortunately, two drowned in the James River while the rest were recaptured. This incident not only ruined the morale of Confederate guards but also provided the Union with valuable intel. For these reasons, it’s considered one of the most successful prison breaks in the civil war era.

The Great Depression saw a rise in criminality around the country. One of the most noted criminals during this time was John Dillinger. Dubbed as America’s public enemy no. 1, Dillinger and his gang terrorized the Midwest by robbing banks and police stations. Around ten people were killed in the course of their rampage.

He first broke out of prison in 1933 at Allen County Jail in Lima, Ohio. His gang (whom he helped escape earlier) went back to free him by impersonating prison officers. The police captured him again after a series of bank robberies. He was sent to Crown Point Jail, then considered escape-proof by police officials. But Dillinger would eventually prove them wrong.

Using a wooden gun blackened with shoe polish, he tricked a guard into opening his cell. He held hostage 17 men and locked them together with the prison guards in his own cell before fleeing. Police chased him across four states culminating in a shootout in Chicago where he met his end.

Younger generations might have known about Ted Bundy from the Netflix documentary. But a lot of women in the ’70s lost their lives in his hands.

Described as charming and charismatic, Bundy was able to get away with a few murders before being arrested in 1974. One of his victims managed to escape and positively identified him. He was sent to a jail in Aspen, Colorado, where he made his first prison escape stunt.

Since inmates are legally allowed to assist in their defense, Bundy was able to freely use the prison’s library. One morning, when the guard went outside for a smoke, he jumped out of the second-story window and ran straight for the mountains. There he broke into a cabin and stayed for a few days. He later walked backed into Aspen and stole an unlocked car. Fortunately, a deputy pulled him over and brought him back in custody.

Because of his escape attempt, Bundy was moved to Garfield County Jail in Glenwood Springs, Colorado. In there, Bundy lost weight quite abruptly. His attorney noticed the extreme weight loss but prison officers remained oblivious. It soon became clear why.

Apparently, he was actively losing weight so he could fit in a small opening on the ceiling which he carved himself. To conceal his absence, he arranged law books and pillows in his bed and covered it with a blanket to look like he was sleeping. He crawled through the ducting and into a jailer’s apartment, which was empty. Grabbing some civilian clothes, Bundy successfully escaped prison for the second time.

He made his way to Tallahassee, Florida, where he killed three more women (his last known victims). After getting arrested for driving a stolen vehicle, Bundy attempted to hide behind a fake identity. He eventually revealed his true name two days later.

Bundy was convicted with two counts of first-degree murder and three attempted murders. He was sentenced to death in an electric chair in 1980. On the morning of January 24, 1989, Bundy breathed his last while strapped in an electric chair at a Florida State Prison. (Related: Bizarre Last Words From Death Row Inmates)

Bonnie and Clyde in the 1930s. (Image Credits: Wikimedia)

Various movies often romanticize the Bonnie and Clyde tandem, but the life they lived is far more extreme. Though they never had to break out of prison, they masterminded one of the bloodiest prison escapes in history.

Their friend, Raymond Hamilton, was serving a total of 266 years in prison for various crimes. They planned for his escape with the help of Hamilton’s brother and other friends they made in prison. Aside from freeing their friend, Bonnie and Clyde had other compelling reasons for staging a breakout at Eastham. Clyde spent a few years there and personally saw the abuses inmates had to endure from the guards. He vowed to get revenge on them one day and this came as the perfect opportunity.

Floyd Hamilton (Raymond’s brother) and another inmate Jimmy Mullens took advantage of the loose security at Eastham. They slipped through the barbed wire fencing and hid an old inner tube inside the drain culverts. Inside it was two guns and several rounds of ammunition. Hamilton then visited his brother the next day to fill him in on the escape plan.

Aubrey Skelly, an inmate who’s a friend of Clyde’s, retrieved the buried tube. He delivered it to another inmate, Joe Palmer, who hid its contents in his mattress. Before the day of the escape, two more inmates would get wind of the plan and decided to join them.

Finally, on January 16, 1934, they set their plan in motion. Eastham has a prison farm within its grounds. While Bonnie waited in the car, Clyde and Mullens waited crouched on the creek bank near the prison farm, automatic rifles on the ready. They waited there until they heard movements from prisoners about to start their day. Among them were Hamilton and Palmer, both armed and dangerous.

Part of the prison’s security is a “long-arm man” who was supposed to watch the prisoners from a distance. He’s armed with a long rifle, ready to shoot prisoners should they attempt to escape. But most of the prisoners knew that Crowson, the long-arm man, regularly leaves his post. He’s also fond of beating prisoners, sometimes for no apparent reason. (Related: Inmate Death in US Jails and Prisons)

When the prisoners strolled out on the field, a guard named Olan Bozeman called Crowson over presumably to help him deal with an erring prisoner. As they were talking Palmer strode up to them and pointed the gun he was carrying all along. A commotion ensued and, whether intentionally or by accident, Palmer shot and killed Crowson. Palmer then turned to fire at Bozeman but missed. They exchanged fires before Clyde, hiding not too far away, fired a volley from his automatic weapon which sent everyone hiding for cover.

In the confusion, five inmates took their chance at freedom. They ran straight to the woods and into the escape vehicle Bonnie was driving. Another inmate, who wasn’t aware of the plan, also made a dash for the woods, but he was captured a few hours later. All but one of those who escaped were recaptured. The last fugitive, Henry Methvin, agreed to help the police kill Bonnie and Clyde in exchange for a pardon. He was later sentenced to death for killing a police officer.

Alcatraz is an abandoned island fortress off the coast of California. In its heyday, it was a maximum-security facility that was considered inescapable. But three prisoners would challenge that notion. (Related: Abandoned Prisons in the US You Can Visit)

In December 1961, Frank Morris and brothers John and Clarence Anglin hatched a daring escape plan. Over the next six months, the three worked to widen the ventilation ducts in their cells. They used whatever sharp tool they can get their hands on: from discarded saw blades, stolen spoon to a broken vacuum cleaner. They worked at night and covered the holes with cardboard and paint. Whatever noise they made was drowned out by Morris’ accordion playing.

The ventilation shafts lead to an unused utility corridor where they secretly built their escape vehicle. It was a rubber raft with seams stitched together and sealed with heat coming from the steam pipes. They also made makeshift life preservers out of 50 raincoats and other stolen or donated things. They also crafted makeshift paddles from scraps of wood.

To conceal their absence while working, the men used dummy heads made out of soap, toothpaste, concrete dust, and toilet paper. It’s colored with paint from the maintenance shop and discarded hair from the barbershop floor to give it a more realistic appearance. They placed the dummies in their pillows and piled towels covered with blankets on the bed to make it look like they’re sleeping.

Finally, in June 1962, they put their escape plan in motion. From the corridor, they climbed the ventilation shaft to the roof. Then they slid down a 50-meter kitchen vent pipe and climbed two barbed wire fences. On the shoreline, they inflated their raft with a stolen concertina and departed for Angel Island, which is about two miles to the north. The escape was never discovered until morning and the fate of the three escapees remains a mystery until today.