The Loaf: Prison’s Most Hated Food 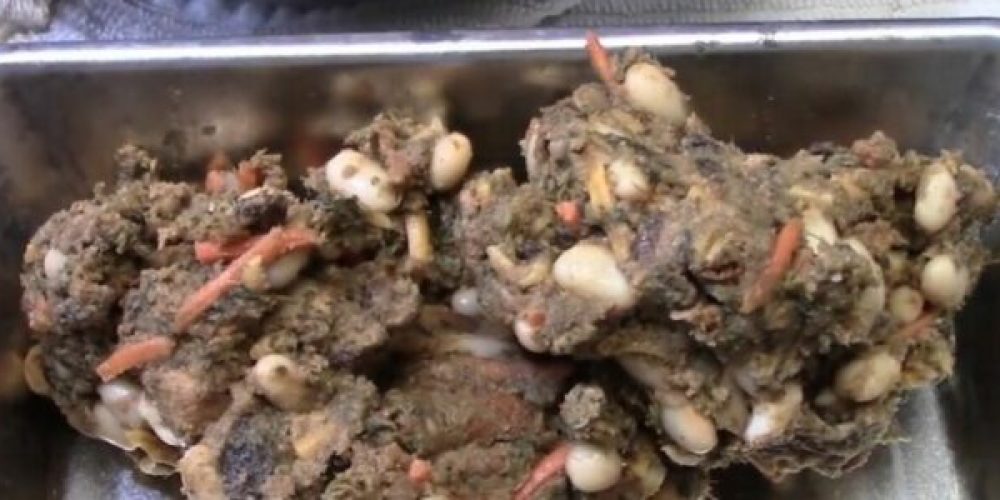 It’s common knowledge that prison meal is a sorry excuse for the thing we call “food.” Yet, if you misbehave, it can even get worse.

The stuff of legends and lawsuits, Nutraloaf, or more commonly known as “the loaf” has become the prison’s most hated food. It’s a bland, dry lump of grue which, according to one inmate, is “basically a baked slop.” Prisoners who get caught misbehaving often end up on a prison loaf diet. Depending on the gravity of their offense, this punitive meal plan can last from three days to a whole week. One inmate in Florida even had it for five weeks straight.

WHAT IS PRISON LOAF MADE OF?

Prison loaf recipes can vary for each state. But a common theme is that it’s a strange and unpalatable mishmash of ingredients.

In Delaware, pineapple slices are added to a mixture of tomato puree, spinach, milk, cheese sauce, oatmeal, rice, carrots, and wheat bread. This concoction results in a crumbly, earthy lump that is barely edible. Prisons in Maryland have pretty much the same recipe, save for the pineapples. They use seedless raisins and great northern beans instead. Nutraloaf in North Carolina, on the other hand, contains a lot more beans than its counterparts.

In some states, they serve these loaves over a brown paper and nothing else. Fork, spoon, and other utensils are banned, so the inmate has to eat it with their bare hands. Other states, however, pair it with cabbage strips and a glass of water – probably to help it go down when the inmate feels like barfing.

Because of the negative sentiments surrounding its taste, prison officers tried several ways to improve the loaf. Nutritionists even changed the recipe to make it lighter by adding more flour and margarine. Though it’s a boost from the previous versions, it certainly has a long way to go to even be considered remotely satisfying.

A CRUEL AND UNUSUAL PUNISHMENT

Punishing people through food has been a practice for centuries. Throughout history, starvation was often used as a tool to inflict suffering on prisoners.

In the modern-day United States, prisoner starvation comes in the form of Nutraloaf. To the prison officials, they are known as  “disciplinary meal,” “special management meal,” or the “alternative meal plan.” As suggested by these names, it is mainly used to control inmate behavior. (Related: What’s on the Menu in Jail?)

Prisons often serve the loaf as a last resort to inmates who are in solitary confinement. These inmates’ infractions range from disobeying a prison officer to assaulting a fellow prisoner. Nutritionists and prison officers swear that its nutritional value is at par with what the law requires. Even some outsiders who tried a homemade version of the prison loaf said it’s not that bad at all.

But when it’s all you have to eat for seven whole days, you’re bound to lose your appetite. Inmates who get subjected to the prison loaf diet lose a significant amount of weight afterward. Sometimes, it affects their health so bad that critics can’t help but call it a cruel and unusual punishment.

Several lawsuits have arisen on the constitutionality of feeding prison loaf to inmates. Human rights organizations argued that it violates the Eighth Amendment, which prohibits the inflicting of cruel and unusual punishments to prisoners.

In fact, 22 cases have been brought against it since 2012 alone. They based their appeal on a 1978 ruling. In it, the US Supreme Court declared that the “grue” diet used in Arkansas prisons is unconstitutional. It describes grue as a “substance created by mashing meat, potatoes, margarine, syrup, vegetables, eggs, and seasoning into a paste and baking the mixture into a pan” – which sounds very much like prison loaf.

So far, none of the lawsuits were successful in claiming compensation for inmates who went through the Nutraloaf diet. The courts ruled that denying food to inmates is unconstitutional. But since prison loaf generally adheres to standard nutritional requirements, it can only be a “dietary adjustment” rather than a denial of proper meals.

Even though they were a legal failure, there is one positive thing that these lawsuits brought about. Prisons are now squeamish about serving prison loaf as punishment. New York had banned the use of Nutraloaf statewide since December 2015.

The prison loaf diet is also slowly fading is most state prisons nationwide. In Pennsylvania, they replaced the loaf with bagged meals. In 2016, the state of Maryland had also recalled a directive allowing the use of Nutraloaf in its prisons. It further added that the controversial loaf is now only used sparingly within the state. Pennsylvania also banned the use of the said loaf in that same year.

Aside from bad food, prisoners in the US also suffer from expensive prison call rates. This makes it hard for them to talk to family and friends outside as much as they want.

Fortunately, there’s GlobalTel. Our special jail phone number lets you receive cheap jail calls from an inmate in the US wherever you are in the world. At only $45.99, you can enjoy 90 days of jail calls at local rates. We also offer jail mail postcards for only $0.52.