The Best Prison Museums in the USA 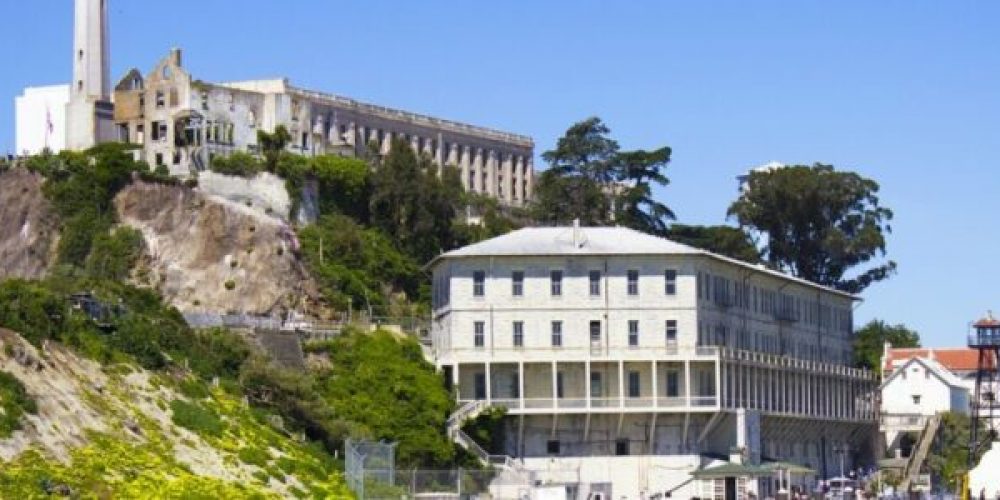 They used to be places reserved for people who have committed or are accused of crimes. Today, they are playing host to curious tourists.

Up and down the country, a lot of old prisons have been converted into museums. Through these prison museums, we are afforded a glimpse of how US prisoners used to live. The foods they ate and the punishments they had to endure are just some of the interesting things you’ll learn. It also serves as a reminder of how far we’ve come and how far we still have to go in terms of prison reform.

If you’re keen on learning more about our criminal justice history, here are the best prison museums in the USA you can visit on your next road trip.

One of the reasons why this prison got shut down is its inhumane treatment of inmates, as shown by its solitary confinement system. According to the prison’s history, inmates are kept in windowless rooms with vaulted ceilings. They are only allowed an hour each day to go out of their cells. They also cover prisoners with a black hood over their heads when they walk through corridors.

Apart from the severe solitary confinement, they also have to endure hard labor. It’s no surprise then that some of the nation’s most infamous criminals were once held here. The likes of mafia boss Al Capone and bank robber Willie Sutton once roamed its walls.

When the prison ended its 142 years of operation in 1971, various paranormal stories have emerged. It is now considered to be one of the most haunted buildings in the world.

Located more than just a mile off the coast of San Francisco, this island-turned-prison was once dubbed to be inescapable. That is until the infamous escape of three inmates in 1962. The story gained so much popularity that it was turned into a Hollywood movie. This catapulted Alcatraz Prison into a household name in the country.

Today, you can book a cruise tour to and around Alcatraz Island. The tour includes the historic gardens, civil-war era buildings, the infamous ancient lighthouse, cannons, and subterranean rooms. TripAdvisor even named it as the “No. 1 Landmark in the US” for 2015 and 2018.

Constructed in 1872, the Old Idaho Penitentiary started as a single-cell house. Over the years, it expanded into a complex of several buildings surrounded by a 17-foot-high wall. For over 101 years, it housed over 13,000 inmates both men and women. Several serious riots also broke out inside the prison mainly due to its inhumane treatment of inmates. This has, in some way, contributed to the eventual shutdown of the territorial prison in 1973.

Now, tourists can visit and relive the prison’s fascinating history. A tour guide will accompany you to the prison’s eeriest places, including the punishment rooms and the execution room. They also offer evening tours for the more adventurous explorers.

Unlike the previous three, this prison operated only for 33 years before it closed down in 1909. It was built by seven prisoners who were also its first occupants. Of its 3,068 prisoners, 29 were women with crimes ranging from murder to polygamy. When overpopulation became a prevalent issue, they transferred the prisoners to the new state prison in Florence. After it closed down, the Yuma Union High School occupied it for four years. In 1961, they opened it to the public as a historical park.

There are a lot of things you can do in this prison museum. There’s a view deck that offers an excellent view of the Colorado River. Tourists can also climb up the guard tower overlooking the entire prison complex. They can also take a picture inside the cell blocks or in front of the Sally Port gateway, one of the prison’s last remaining original adobe structures.

Sing Sing Prison got its name from a nearby marble quarry which was the source of the prison’s primary building material. The prison’s first inmates constructed the original building in 1825 entirely out of marble. After completion of the prison building, inmates were put into labor mining marbles. These were then used to build other notable buildings in the state like the Lyndhurst.

In its heyday, the prison follows an “Auburn System” of punishment. In this system, inmates work in labor groups during the day, but they can’t talk to each other. At night, they are kept in solitary confinement. If this is not enough to affect their sanity, the “Death House” certainly would. A total of 614 executions by electrocution occurred here. Eight of them were women.

Labor camps and executions aside, the prison also made it into Hollywood. It became the backdrop of several movies and documentaries between the 1930s and 1940s. Warner Bros. even donated funds for a prison gymnasium after filming many of their films there. It was also the site of the 1995 remake of the films “Kiss of Death” and “Bullet”.

In Sing Sing Prison Museum, tourists get treated to photos of past prisoners. The museum walls are covered with black and white photos of the people who lived and lost their lives within those walls. They also display a replica of the electric chair used for executions. Aside from prisoner memorabilia, the museum also features Native American artifacts.

The prison’s rich history goes way back to twenty years before the Civil War. The Ohio State Reformatory (OSR) held notable inmates such as William Sydney Porter better known as O. Henry, one of the world’s most famous authors. Apart from federal inmates, OSR also detained Confederate soldiers as prisoners of war who escaped by tunneling their way out.

Allegations of inhumane conditions and overcrowding plagued the prison for most of its existence. Finally, in 1990, a federal court ordered its closure owing to a class-action lawsuit filed by the inmates themselves.

What really put the OSR in the spotlight was the movie “Shawshank Redemption”. In fact, most people informally referred to it as the “Shawshank Prison”. Shortly afterward, the Mansfield Reformatory Preservation Society was formed. It transformed the prison into a museum to fund for its rehabilitation project.

The prison currently holds various kinds of tours to suit different interests and personalities. They have a self-guided tour, history meets Hollywood and a Shawshank bus tour. Because of the many paranormal stories surrounding the prison, they are also offering paranormal programs. It includes ghost hunting classes, public ghost hunts, and ghost walks. All year long, the prison museum hosts various events such as vintage baseball, Beerfest and the like.

With a tagline that says “Where History Meets Mystery”, you can pretty much tell what to expect when visiting West Virginia State Penitentiary. But what sets it apart from other prison museums is that it looks more like a castle than a prison.

Built in the Gothic style, this imposing stone structure in West Virginia looks like a dark version of Disneyland. It has turrets and battlements and made of hand-cut sandstone. As was the practice of the time, the state used prison labor to construct it.

It started out pretty good as far as 19th-century prisons go. But over the years, conditions inside worsened. Gambling, fighting, and raping had become rampant. The prison was also terribly overcrowded. Thirty-six homicides, one huge break-in, and an infamous riot also occurred inside it. No wonder why it was in the US Department of Justice’s Top Ten Most Violent Correctional Facilities List.

Ninety-four men were also executed in this prison. Eighty-five of them died through public hangings. The others lost their lives to the electric chair, which the inmates named “Old Sparky”. Executed prisoners, whose families refused to claim their bodies, were buried in the prison’s backyard.

The violence, executions and architectural design gave this prison its paranormal appeal. Many people claim that the hairs on the back of their neck stand up every time they look at the prison from the outside. That’s why the prison is offering various paranormal tours and ghost hunting activities. Tourists can opt for a daily tour or an overnight investigation. It also holds the historic Elizabethtown Festival every December.