Most Notorious Crime Syndicates of All Time 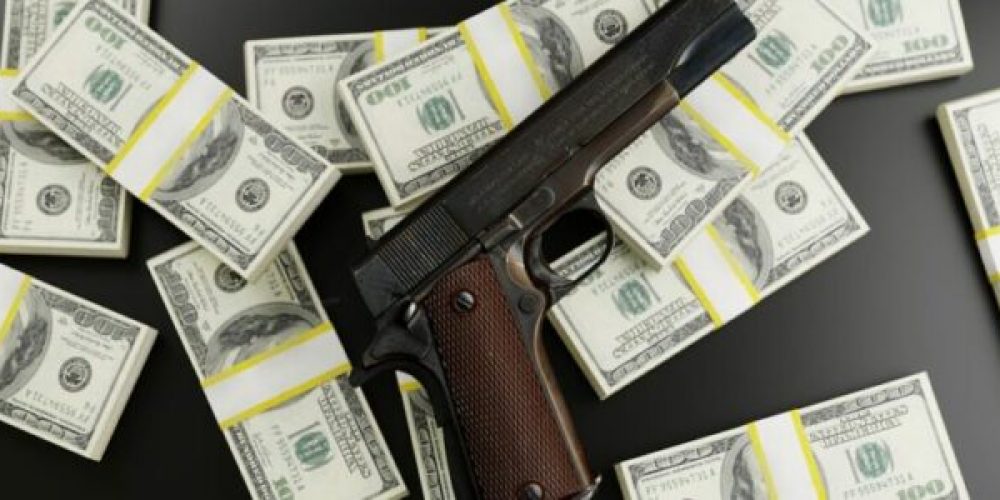 Our history was not only built with chivalry and kindness. Even before, crime and violence were already present and might even be in our future.

We all heard about the story of Pablo Escobar. With a lot of documentaries about him, we can’t deny that he was one heck of a violent man.

Pablo Escobar was the leader of the first major drug cartel in Colombia in the mid-1970s. Medellin Cartel started small, smuggling cocaine from Colombia to the United States.

When the cocaine made a high-demand and the trade grew, Medellin started to build drug empires.

With tons of cocaine shipped, making millions of money every day, the Medellin cartel became brutal and aggressive.

This syndicate murdered thousands of people from all over the world. They want to let the government know that they’re indestructible. They became the most powerful and feared syndicates during their time.

Violence was their way of sending a message.

The most controversial act that Pablo Escobar made was the bombing of Avianca Flight 203. Hundreds of lives were sacrificed in the hopes of killing presidential candidate César Gaviria Trujillo.

The crime rate during the reign of Medellin Cartel in Colombia was high. Yet, it was only a matter of time before Pablo Escobar was shot to the head and died at the age of 45.

Five Points Gang is a criminal organization that started in the 19th century. This syndicate had a reputation for brutality and violence with their gang rivals.

Al Capone dedicated his life to prostitution and smuggling liquor at a very young age.  After bearing the name of the gang, he then became a crime boss, mobster, and the co-founder of the Chicago Outfit. (Related: The Most Famous Criminal Trials in US History)

Five Points Gang during the reign of Al Capone is still considered as one of the terrorizing gang of all time.

The Numbers Gang is a prison gang at Pollsmoor Prison, Cape Town, South Africa. They are well-known for their terrorizing reputation.

Prisoners at Pollsmoor don’t have much of a choice. Their only option is either to join a gang, get raped or worse, murdered. (Related: How to Survive Prison: Survival Tips From Former Inmates)

Each gang has an individual role inside the prison. For example, The 26s are the ones who are capable of stealing while the 27 target prison guards. And to join the 27s, a prisoner should have stabbed a guard first.

Now in the 28s, there are two choices given to everyone who attempts to join this gang. They called it the “gold line” and the “silver line”.

The gold line will be a fighter, and the silver line will serve the fighters’ sexual needs.

For the prisoner who will choose the silver line, they will have to have sex with the 28s leader first, John Mongrel. Mongrel was already convicted at the age of 14. He believes in a same-sex relationship, thus creating the rule of the silver line.

According to the guards at Pollsmoor, the Numbers Gang in South Africa is still operating.

Los Zetas is a Mexican criminal syndicate and considered one of the most ruthless drug cartels. The organization’s major concern is drug trafficking. But they also operate sex trafficking and smuggling guns.

It is now considered the third largest drug cartel that operates in Mexico. After the arrest of their recent leader in 2015, the whereabouts of their current leader, Omar Treviño Morales, is now unknown.

Los Zetas started small back in 1999 with only 34 men. All of whom are former Mexican Armies who worked with the Gulf Cartel – the second-largest Mexican drug cartel.

A few years after, their members grew to over 300 men. By 2010, Los Zetas decided to split off from the Gulf cartel and become independent.

Since then, the US government considered Los Zetas as the “most dangerous cartel operating in Mexico”. That was before the arrest of the most wanted drug lord and leader of Los Zetas, Miguel  Treviño Morales, in 2013,

Los Zetas engages in ruthless tactics such as beheading, torture, and merciless murders.

For instance, Los Zetas hijacked several buses full of migrants back in 2011.

Before they murdered everyone on the bus, they raped the women first, while forced the men to fight to the death. The winners on the fight were forcefully given jobs as assassins for Los Zetas.

Another one is the tragic murder of a journalist. Back then, No one can write nor speak out against Los Zetas or else, you won’t see the sun rise again.

Yet, an anonymous journalist stood up and wrote about the brutality and madness of Los Zetas.

That time, a hashtag “#reynosafollow” is being used as tweets against Los Zetas. This journalist was then revealed after a tweet was published from her own account, which says:

“#reynosafollow FRIENDS AND FAMILY, MY REAL NAME IS MARÍA DEL ROSARIO FUENTES RUBIO. I AM A PHYSICIAN. TODAY MY LIFE HAS COME TO AN END.”

Everyone was shocked about what happened. Shortly after that, it was followed by a tweet that showed two pictures. The first picture was a woman looking at the camera, who was assumed to be del Rosario Fuentes Rubio. The other one was the same woman with a gunshot wound to her head.

Los Zetas are also into beheading. If you search it online (which we highly NOT recommend) you will see a lot of Los Zetas beheading videos.

These are one of the many crimes that Los Zetas committed. With all their horrifying acts, these are enough to consider them as one of the most terrifying syndicates operating until now.