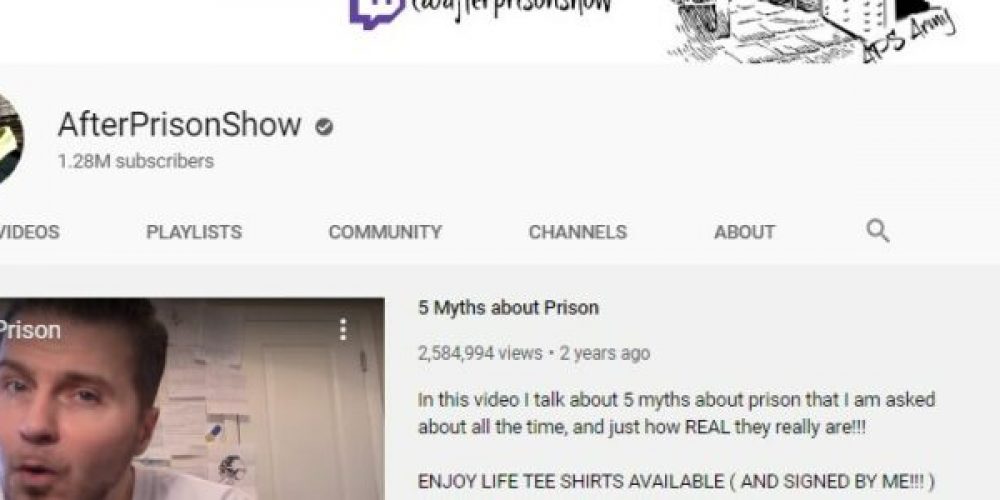 When we think about the prisoners, we often assume that no more opportunity will knock on their doors once they got out of prison. Most people think that there’s a lot of chance that former inmates will go back to jail.

To be honest, that is somehow true. Many surveys and studies show that the rate of recidivism in the US is high. But not all former inmates have the same fate.

Joe Guerrero, the creator of the “AfterPrisonShow” on YouTube, used to be a prisoner for more than 7 years. He was charged with non-violent drug offenses and arrested on December 20th of 1998.

At that time, he didn’t care what will happen to him; he didn’t even care if he dies. He was caught with drugs and illegal firearms. For him, he was already a lost cause. (Related: How to Reduce a Prison Sentence)

Until he realized that nobody cares if he will die. This is what Joe has to say when he finally came to his senses:

“Wouldn’t it be the worst damn thing in the world, if people thought this was the best for me… for someone who had been nothing… except a burden, and a constant failure.”

That’s when he started changing his life. He wants to live a new life once he goes out of jail. That’s why after his release, all he did was to try several things that he thinks can change his fate.

Before his fame, he tried applying for several jobs where he never got hired because of his records.

He said that this is the main reason why other ex-convicts return to committing a crime again. But for him, this is not a reason to give up. Quitting is not an option anymore.

He tried to shoot videos of himself whenever he went out to apply for a job. He aimed to show how hard life can be once a prisoner returns to society.

All the videos that he uploaded weren’t noticed until he uploaded a tutorial video about making a jail-house tattoo gun.

He didn’t expect that that video would blow up. At first, it started as 2,000 views only within the first week from uploading the video. Then it started to grow and now he already has millions of subscribers to his channel.

When he started to have lots of viewers, he then created the AfterPrisonShow, in which he details what it’s like inside a prison. (Related: How to Survive Prison: Survival Tips From Former Inmates)

He now has 700 videos in his channel, and most of its purpose is to help those people who are struggling with incarceration.

He wants others not to lose hope, the same thing he didn’t do. He wants to let everyone know how he, a former inmate, once lost, juggled his way up to rise and changed his fate. (Related: How a Convicted Felon Became a Triathlon Champion)