How to Call an Inmate 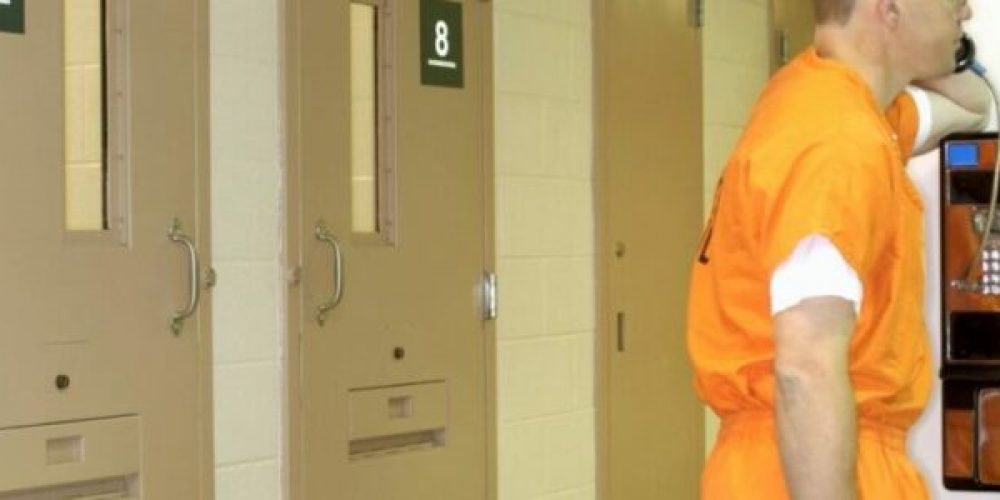 Loneliness, homesickness, anxiety, and hopelessness. These are some of the emotions prisoners feel on a regular basis. Being away from everything and everyone you hold dear can take a toll on someone. It is no wonder then that a third of inmate deaths in the US is because of suicide.

The last thing you would want to happen to your loved one is to be part of that statistic. And the best way to prevent this is to keep communication lines open. Regular calls from family do wonders for someone languishing in prison cells.

Here is a rundown of how you can call an inmate. Read until the end to learn how to do it at the cheapest cost.

Fact check: you cannot call an inmate. That’s the most basic thing that you have to remember. You can ask the warden to pass on a message to the inmate, but it seldom reaches them unless it’s an emergency. This is especially true for a facility with thousands of detainees. They just don’t have the time or the manpower to forward individual messages.

So how do you talk to someone in prison? Well, you can’t call them, but they can call you.

Jail time is nowadays considered less of a form of punishment. Rather, it’s viewed as an opportunity to make offenders functioning citizens again.

The US Constitution recognizes their right to use telephones but with restrictions. The exact extent of these restrictions depends on the state. In most cases, they are more of a privilege than a right. It is also revocable once the inmate violates a policy while incarcerated.

That said, the policies on prison calls vary depending on the jail administrators. Federal prisoners have up to 300 minutes of phone calls renewable each month. Each phone call can only last 15 minutes and they have to wait for an hour before they can make another.

Most facilities need inmates to register the number they are calling. Each can register up to twenty-five contacts. These numbers are then checked and calls to mobile phones are not allowed. Call forwarding and three-way calling are off the table too.

These calls are also under close monitoring and recorded to ensure public safety. Calls to lawyers can be exempted from monitoring subject to the approval of the prison’s warden.

Prisoners have two options when making a call. They can either use prepaid cards or call collect.

Most facilities give prisoners a specialized prepaid card they can use for calls. They need to top it up to be able to use it. Inmates can either buy extra credits themselves or have relatives do it from the outside.

Several telecommunication companies specializing in jail calls sell prepaid cards. These companies are often accredited by the prison facility itself. There are some jails that only allow calls made through their accredited firms.

Not only on local calls, but it can also be used for international ones. Online prepaid prison call cards are also gaining popularity. It’s more convenient and faster than traditional ones. It’s also generally less expensive than a collect call.

This option works best for those inmates who often make telephone calls.

When the first option doesn’t work out, inmates can always opt to place collect calls. This means that you will foot the bill during the call.

Charges for collect calls are usually higher than prepaid calls. Yet this is the default calling option for most prisoners.

A lot of phone service providers don’t allow collect calls. This means you have to sign up with a third-party company to receive calls from jail to your phone.

It is not a secret that prison calls cost an arm and a leg. Service providers charge especially sky-high amounts on calls made to numbers outside the state where the inmate is.

It’s the reason why not all inmates get to make calls on a regular basis. The rates are too high that some families have to choose between calling a loved one or buying food for the day.

Fortunately, you can now avoid these exorbitant costs. Since high rates are usually applied to long-distance calls, the key is to call a local number. Or at least appear to.

At GlobalTel, we can reduce your prison call bill to the lowest rate possible. No contracts, no sign-up fees, unlimited minutes and voice lines that are clearer as ever. You can even record the entire call and then play it when you’re feeling blue. Subscription is cancelable anytime you feel like we don’t live up to expectations.

How does this work?

When you avail of our service, we will find out where the inmate is incarcerated. Then we will look for a local number in that area that is still available. We will then give it to you and you will forward it to the inmate. The inmate, after registering your number, will then dial that number to call you. Afterward, the call will be diverted to your original number.

Since the inmate is calling a local number, local call rates apply. This saves you around $10.00 to $20.00 in every call. It may not look that much but in the long run, that’s more than half your phone bill slashed. You can even send personalized jail mail postcards for only $0.52!

So if you want to save up a great deal of money on cheap prison calls, it’s GlobalTel all the way.