How a Convicted Felon Became a Triathlon Champion 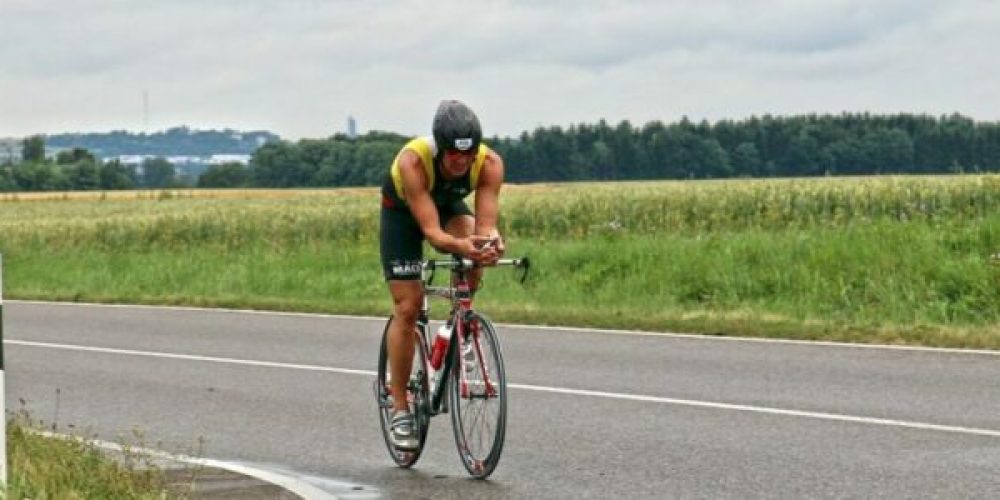 He was set to spend the rest of his life in prison after receiving two life sentences. Now he is a Nike-sponsored triathlete, sought-after motivational speaker, and staunch supporter of prison reform.

Ten years ago, John MacAvoy would never have imagined he would be a Nike endorser. Let alone be engaged in sports. His upbringing wasn’t geared toward raising an athlete. But ironically, it’s what prepared him for the life he has now.

A month before he was born, John’s biological father died. When he was 8, his mother married Billy Trobin – a man with deep ties to London’s notorious criminal groups. (Related: Most Notorious Crime Syndicates of All Time)

Of course, John had no idea who his stepfather really was at that time. All he knew was that he’s got an impeccable sense of style, cash to burn, and lots of shiny new cars at his disposal.

His impressionable age would prove very useful to Trobin. He took John under his wing and treated him like his own. John remembers being introduced to Trobin’s friends who, like him, were living the high life too. They would often slip him with cash and gifts.

Apparently, John’s stepfather wasn’t the only one in his family doing illegal stuff. His uncle made headlines in November 1983 when he orchestrated the crime of the century. Mickey MacAvoy was a member of the infamous Brink’s-Mat robbery gang. They were behind the £26m heist that stole gold bullion, diamonds, and cash from a warehouse in Heathrow. He is now serving a life sentence.

With these people as his role model, it’s not therefore surprising that John would end up on the wrong side of the law. He revealed that growing up, he looked up to these men and often dreamed of following their footsteps.

A LIFE OF CRIME

When he was 12, John’s grandfather died. Rummaging through his belongings, he found articles and news clippings about his stepfather. That was when it dawned on him what Trobin’s real occupation was.

Instead of running away, John’s admiration for his stepfather grew. He was, after all, the only father figure he’s ever known in his entire life. He lost interest in school and started planning for a life of crime. Seeing his potential, Trobin made him his protege.

By the time he was 16, John already has his very own sawn-off shotgun. He’s gotten quite adept at using it too when he was doing the legwork for some of the city’s crime syndicates. He was also instrumental in gathering useful intelligence for their planned heists.

To prove himself worthy of more challenging tasks, John would even transport arms for them. He never thought it was wrong or that he could be killed. His ambition to become rich and powerful like his stepfather became his driving force.

Two years later, John would have his first taste of prison. The police foiled their plan to rob a bank. Before he knew it, he was facing three years of jail time.

In prison, John would continue to challenge authority. The fight-or-flight response was so deeply ingrained in him that he would often thwart the guard’s orders. First, he refused to wear clothing that would identify him as a flight risk. Then he wouldn’t take up his duties as a wing cleaner. His strong will and hatred of the system would earn him a year in solitary confinement.

There, John first honed his endurance and mental discipline. His determination not to become “institutionalized” made it easier. He focused his pent-up energy in reading and doing fitness exercises. To while away the days, he started to do push-ups and sit-ups. He left the prison toned and almost unrecognizable.

Unfortunately, when he returned to freedom, he also wasted no time to pick up where he left off. In 2015, he got arrested again for planning another heist. Only this time, his punishment would be a lot harsher. (Related: How to Reduce a Prison Sentence)

John admitted that when he received a double life sentence, he could not believe his ears. His arrogance kept him from accepting that he would be spending the rest of his life behind bars. He hated the system so much that he refused to acknowledge that he’s been defeated. But no matter his denial, he soon found himself in a helicopter headed to Belmarsh.

Dubbed as impenetrable, Belmarsh is Britain’s version of Guantanamo. It has held many high-profile inmates since the early 2000s. This includes the likes of Jeffrey Archer, the child killer Ian Huntley, and suspected terrorists.

Due to his extensive connections with crime groups, he was deemed a flight risk. The police also think he poses a threat to public security and that he is a hopeless case.

True to what the police say, John continued to plan his escape while inside Belmarsh. But a personal tragedy would turn his life upside down.

In 2009, his best friend got killed in a car crash during an attempted heist in The Netherlands. This event would leave a profound effect on John. His outlook changed almost overnight. He began evaluating his life choices and realized that there is more to life than committing crimes.

He didn’t want to end up like his best friend. His belief that he can be more than a criminal propelled him to turn his life around. He started distancing himself from the people he considered to be a bad influence.

John admits it wasn’t easy. He was in a place full of people who always talk about the crimes they’d commit once they got out. It was like trying to escape a whirlpool or a quicksand. But he was determined, naturally stubborn, and he wanted to change so bad. (Related: How to Survive Prison: Survival Tips From Former Inmates)

He tried to go to the prison gym but even that wasn’t enough to get him out of the dark place he is in. Finally, his salvation came in the form of an old rowing boat.

When John first sat behind the rowing machine, he knew then and there that he wanted to be an athlete. This is despite the fact that he had no previous experience in sports.

According to John, the repetitive movements brought him to a state of near meditation. A welcome respite from the dark chaotic thoughts swirling in his head. All that mattered was the blood pumping in his veins and the strain in his muscles. At that moment, he felt like he is not just existing but is finally living. And just like that, a triathlete was born.

He started rowing more and more. Thanks to his stint in solitary confinement, John has developed an exceptional mental dexterity. His tolerance for boredom was greatly increased. Sitting behind the rowing machine for hours and hours meant nothing to him.

In the first four months, he’d rowed the equivalent of the distance across the Atlantic. After 16 months, he has already broken several British and World Records in rowing.

In 2010, the parole board considered his application. But it wasn’t that easy. A prison psychologist initially denied his request stating that his aspirations were not “rooted in reality”. Instead, he was transferred to an open prison. There he started the process of slowly reintegrating into society.

He continued to train, refusing to give up on his dreams of becoming an athlete. Until some people eventually noticed his steely resolve and determination. But getting into a rowing club proved difficult. He was competing against people who’ve been doing it for years.

Unfazed, he turned his sights on triathlons. He’s never been on a bike, doesn’t know how to swim and hasn’t run more than 10 kilometers. But this didn’t deter him. He trained hard and taught himself how to swim.

His hard work paid off. He made his Ironman debut in 2013. Four years later, he ranked 36th out of 1,700 finishers in Ironman UK. He was also able to snag a Nike sponsorship – the first triathlete to do so.

Today, John MacAvoy travels the world telling his story in the hopes of inspiring people who are struggling with incarceration. He is also running a charity that encourages young people to engage in sports.

His extraordinary tale of redemption tells us that we alone can dictate our destiny. We can be more than what we think we are. All it takes is the decision to change for the better.