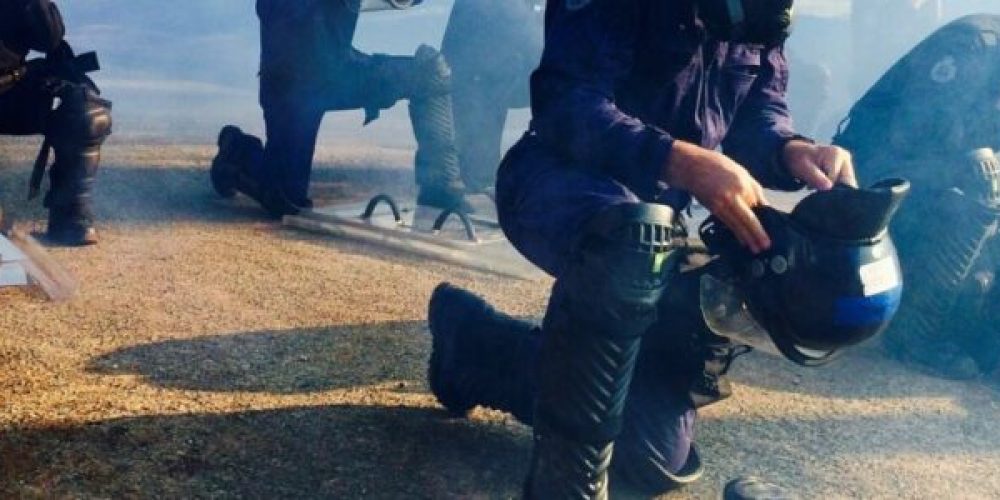 There are a lot of things that happen inside the prison that we know nothing about. Most of us only have a vague idea of what really is inside a jail. But being locked up behind bars doesn’t only mean you get to repent for the crimes that you committed.

What they didn’t tell us about prison is the danger you may have inside, and other things you never thought you could do in order to survive.

Here are the 5 deadliest prison riots that will convince you not to involve yourself in any kind of mess.

This is considered one of the deadliest prison riots in the Philippines. 15 Missionaries visited a prison in Davao, City Philippines back in August 1989. Nine of the missionaries were women and one 9-year-old child. Their only goal was to lead a prayer service but unfortunately, it turned into a nightmare.

During the service, these thugs known as “Wild Boys of Davao” took the missionaries hostage. These thugs who were awaiting trial wanted to negotiate to the officials. Of course, the government wouldn’t give in. So the gang decided to hold the missionaries captive for several hours.

What’s inhumane about this is that the prisoners raped some of the missionary women. When the military heard about it, they bombed the prison with tear gas and attacked the compound.

When the siege was over, at least 5 missionaries and 15 members of the gang were found dead. But the controversy here is the debate of who actually killed Jacqueline Hamill – a 36-year-old Australian involved in the siege.

Jacqueline Hamill’s throat was sliced and had a gunshot to her neck when her body was retrieved.

The death of the Australian was also made into a joke. Rodrigo Duterte, who was the mayor of that time, said that “it should be the mayor first” (pertaining to rape) since Hamill, according to him, was very pretty. He said this long before he became the president of the Philippines. Strange, right?

Back in 1970, Attica Prison was overpopulated. Inmates were not only mistreated but were also abused. Most of its prisoners were black, so inmates’ human rights were often violated. (Related: Top 5 Best and Worst Prisons in the US)

Inmates only receive one roll of toilet paper each month and one shower a week. Doctors often ignored their state of health and racism was rampant. This mistreatment led to prisoners’ uprising.

Prisoners held guards and other prison employees captive. What they wanted were things like religious freedom, healthier diets, and better healthcare. They even demanded Gov. Nelson Rockefeller to visit the prison, but he declined.

After 4 days, guards and cops flooded the yard with tear gas and opened fire. It killed a total of 29 inmates and 10 hostages. Those who survived were beaten up and urinated on.

The police were then later on accused of shooting prisoners who had surrendered. They even tried to cover up their mistreatment for inmates who survived.

Yet, autopsy results that the prisoners’ death is because of a gunshot. This led to the inmates receiving an $8 million settlement for the case filed against the prison for Human Rights violations. (Related: Inmate Deaths in US Jails)

The New Mexico Prison riot was one of the most brutal and deadliest prison riots in American history. The prison was literally just a rebellion waiting to happen. Poor sanitation, overpopulation, and corruption was rampant.

Inmates were also forced to snitch on their fellow inmates. So the tension built up and it finally boiled over on February 2, 1980.

Several inmates took hostage of 12 officers then went down the area where all the snitches stayed. It was the biggest bloodshed you could ever imagine. Snitches were beheaded, hanged, and hacked. Some of them were not only beaten, but raped as well, and one was even forced to crawl like a dog with a belt around his neck.

It took State Police Officers and the Santa Fe Police Department to restore order in the prison. 33 people died in a span of 36 hours.

So much for “snitches get stitches,” right?

Life in a labor camp called Kengir was a living hell. The guards in this prison were inhumane and sadistic. They often shot prisoners whenever they feel like it. Most of the convicts, especially those who were political enemies were killed.

Of course, this is enough reason for the prisoners’ uprising. After several mistreatments, they went on strike and protested.

Because of this, Soviet officials used criminals and tough gangs. Of course, the plan was to use these criminals to harass the protesters. Yet these hired criminals joined forces with the prisoners and together they took over Kengir.

For 40 days, the prisoners led Kengir. They took a little break from the hands of sadistic Soviets. But of course, the Soviets wouldn’t just allow that to happen.

On June 25, the Soviets struck back. They raided the camp with snipers, dogs, soldiers, and tanks. This chaos had 37 prisoners killed as per the Soviet officials. But according to the survivors of the bloodbath, it was only a cover-up and the actual numbers could be in the hundreds.

THE UPRISING AT LUCASVILLE PRISON

In April 1993, prisoners captured at least eight guards. The group of gangs worked in tandem and dispatched the snitches. Officials tried to stop them by shutting off the prisoners’ water and power supply. But this only made the prisoners even angrier that they killed one police officer.

The officials and convicts finally agreed and came to a list of demands. Little did they know that the FBI had rigged microphones underneath the prison.

When the riot ended, inmates involved with the revolt had a death sentence for the murder of 9 prisoners and a guard.

These deadliest prison riots of all time will surely convince you to always stay on the right path to avoid being locked up.