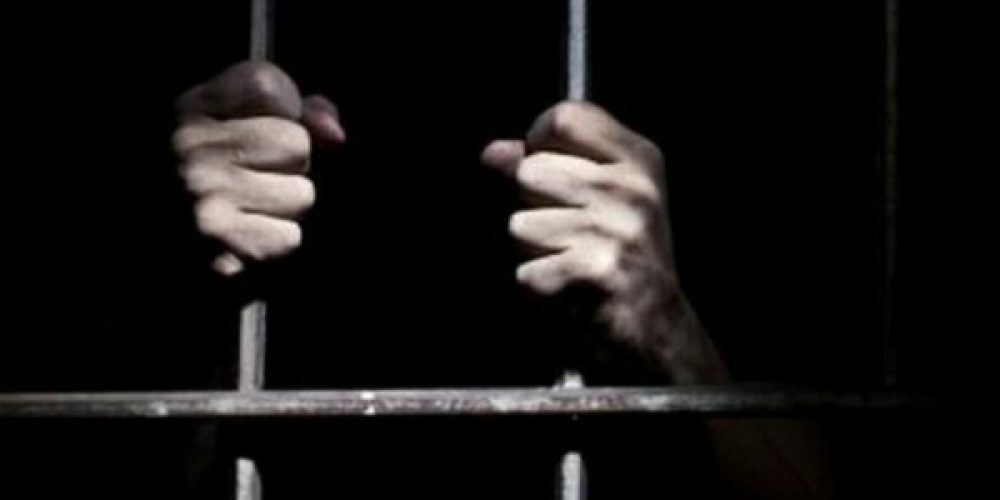 A known homophobe, Flanagan was sentenced to death after confessing to two counts of murder. Both of his victims were middle-aged men. When asked why he killed them, Flanagan said that he thought he was doing society a service by killing homosexuals. The ironic thing is he himself was a homosexual and he admitted to hating himself for it. While strapped to the death chamber, he turned to the prosecutor, smiled and said: “I love you.”

“IT DOES KIND OF BURN. GOODBYE.”

After telling his children that he loved them, Jose Villegas was administered the lethal injection. Just as the deadly dose of pentobarbital hit his veins, he was heard to have said these final words before breathing his last. Villegas was convicted of killing his girlfriend, her son and her mother in their home in Texas.

“I DID NOT GET MY SPAGHETTIOS, I GOT SPAGHETTI. I WANT THE PRESS TO KNOW THIS.”

At 32 years old, Graso was executed for the murder of two elderlies. For his final meal, he requested for SpaghettiOs but was instead given spaghetti with meatballs. He obviously didn’t enjoy his last meal. (Related: What’s on the Menu in Jail?)

“WOW! THAT IS GREAT. THAT IS AWESOME! THANK YOU, WARDEN!”

After spending nearly ten years on death row, Cobb was finally executed in April 2013. He was found guilty of abducting and subsequently killing a man after robbing a convenience store. He also tried to kill two women who reported him to the police. Strapped to an execution bed, Cobb said “Life is death, death is life. I hope that someday this absurdity that humanity has come to will come to an end.” After receiving the lethal injection, he turned to the warden and uttered his famous last words.

In 1991, Towery was found guilty of strangling Mark Jones to death. After 21 years on death row, he said goodbye to family and friends while waiting for the injection that would end his life. To his nephew, he said “potato, potato, potato.” – an imitation of the sound of a Harley Davidson motorcycle. It was their secret code for saying that everything is alright.

“I’D RATHER BE FISHING.”

While escaping from a Louisiana Jail in 1982, Glass and a fellow inmate killed Newton Brown and his wife Erlene Brown. Both were arrested later on and sentenced to death in the electric chair. Glass attempted to petition his sentence saying that execution by electrocution is a cruel and unusual punishment. The judges, however, refused to commute his sentence and the execution went on as scheduled. When asked about his last words, he famously said: “I’d rather be fishing.”

Apart from his unconventional last words, Gacy was also known for killing at least 33 young boys between 1972 and 1978 in Illinois. Most of the killings happened inside his ranch house where most of the victims were also buried. On the way to his execution, Gacy reportedly told a prison guard “kiss my ass!”.

“WELL, GENTLEMEN, YOU ARE ABOUT TO SEE A BAKED APPEL.”

Appel was sentenced to the electric chair after being found guilty of killing a police officer. Laughing about his impending execution, he told the officers “Well, gentlemen, you are about to see a baked Appel”. So much for dark humor.

Another famous serial killer whose last words made it to our list is Herman Webster Mudgett a.k.a. Henry Howard Holmes. Aside from killing people, Holmes was also known for conning people in various states. He was hanged on May 7, 1896, in a Philadelphia County Prison. Like most of his victims, Holmes died a slow painful death when his neck failed to snap after the trap had been sprung.

“HURRY IT UP, YOU HOOSIER BASTARD! I COULD KILL A DOZEN MEN WHILE YOU’RE SCREWING AROUND”

A serial killer, rapist, arsonist and burglar, Panzram had been in and out of prison for most of his life. After killing a prison employee at Leavenworth Federal Penitentiary, he was sentenced to death by hanging. The execution eventually took place on September 5, 1930. As the guards were putting a black hood over his head (as was customary for hanging inmates at that time), he spat in the executioner’s face and said those cocky last words.

“I HAVE SOMETHING TO SAY, BUT NOT AT THIS TIME.”

Redding had built quite a following with his anti-government and religiously motivated teachings. In one of the riots started by his followers, two people were shot to death. When he was arrested and questioned, he claimed to be a prince of Abyssinia. He further added that he was just trying to bring the people of his race back to his homeland. He was sentenced to hang for his crimes. Asked about his last words, Redding said he did have something to say but not at that time. We daresay it’s a missed opportunity as he never got any more chance to say anything at all. (Related: What Should We Do With Imprisoned Activists in the USA?)

“AFTER MY HEAD HAS BEEN CHOPPED OFF, WILL I STILL BE ABLE TO HEAR, AT LEAST FOR A MOMENT, THE SOUND OF MY OWN BLOOD GUSHING FROM THE STUMP OF MY NECK? THAT WOULD BE A PLEASURE TO END ALL PLEASURES.”

Also known as the Vampire of Dusseldorf, Kurten wreaked havoc in early 20th century Germany. He committed a series of murders and sexual assaults. Rumors abound that he drank the blood from his victim’s wounds, hence the monicker. This thirst for blood and gore seemed to have never left him until his last breath as evidenced by his disturbing final message.

“I’M READY TO ROLL. TIME TO GET THIS PARTY STARTED.”

Standing at 6-foot-7, James Jackson was known to his fellow inmates as “Big Jack”. Until his dying day, Jackson continued to deny his involvement in the murder of his wife and two stepdaughters. (Related: People Who Got Imprisoned for Crimes They Didn’t Commit)

Evidence, however, speaks strongly against him and the judge sentenced him to lethal injection. In his final moments, he thanked his family and told them how much he loved them. He then turned to the warden saying “Warden, murder me. I’m ready to roll. Time to get this party started.”

Allen’s choice of last words echoed his deep connection with his Native American roots. Hoka Hey is a Western Sioux Indian term which loosely translates to “hurry, hurry”. He was 76 years old when he received the lethal injection for three counts of murder. This makes him the second oldest inmate in the country to be executed. (Related: Oldest and Youngest Prisoners in US History)

“SOMEBODY NEEDS TO KILL MY TRIAL ATTORNEY.”

No one in recent Kansas City history had ever made a reputation for being the most prolific robber except for George Harris. Authorities even dubbed him as the “top of his field”. With numerous felony convictions under his belt, Harris also admitted to killing a former associate during a heated argument. For this, he received a death sentence by lethal injection in 1989. He tried to appeal his case saying it was self-defense but his lawyers didn’t succeed. No wonder why he was so pissed with them until his dying breath.

“I DONE TOLD YOU MY LAST REQUEST … A BULLETPROOF VEST.”

In 1960 Utah, execution via firing squad was still a thing and James Rodgers had a rather peculiar request before the bullets started raining down on him. He asked the guards for a bulletproof vest which, of course, was never granted. When they asked him one more time for his last words, he insisted on his innocence and his need for a bulletproof vest. He was taken to a clay flat about a mile from the prison, strapped to a wooden chair within a 20 feet canvas enclosure and gunned down. His was the last execution to be conducted before the Supreme Court ordered a stop to capital punishment citing it as inhumane.