5 Ways a Jail Visit Can Lead to Arrest 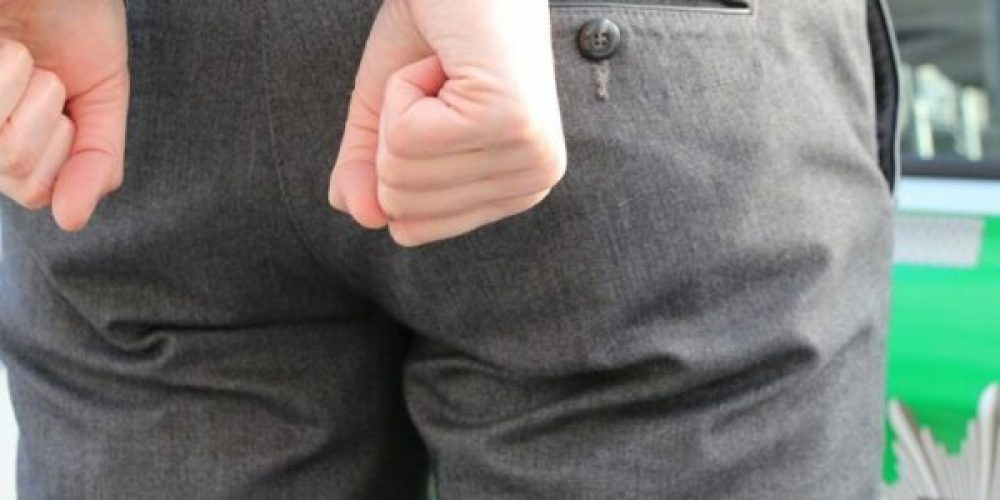 Just recently, a man from Iowa who was only picking up someone in jail got arrested himself and even had to spend the night in jail.

Rick Van Hill, a 47-year old resident of Rock Valley, Iowa arrived in Sioux County Jail on the morning of February 23. He was supposed to pick up an inmate who was recently released. But his day went downhill when a deputy officer spotted him smoking a cigarette in the facility’s parking lot.

Smoking is strictly prohibited on prison premises. As a result, the officer asked Hill to put out his cigarette. It would have ended there had the officer continued on his way.

But as luck (or lack thereof) would have it, the deputy decided to check his car’s registration too. He found out that Hill has a suspended driving license. He also suspected him of driving while drunk. Hill was charged with DWI (his third offense) and driving with a suspended license.

His might be a sorry tale, but we can all agree that he only has himself to blame. When we pick up or even visit someone in prison, there are rules that we have to follow. Besides, what he did is still illegal whether or not he is within prison grounds.

Here are five other ways a jail visit can lead to arrest:

For security reasons, jails always require visitors to present valid identification. This protocol is to determine how they are related to an inmate or if they are in an inmate’s approved visitor list.

There are a lot of reasons why someone could not be allowed to visit an inmate. It could be that they present a threat to the inmate or that their union can pose a security risk. Most of the time, these are also the main reasons why a visitor would falsify identification documents.

But if you knew better, you won’t even think about this.

Though every state has its own rules on fake IDs, one thing is for sure: those who are caught using one will face punishment. The severity of it depends on how the state classifies the crime.

In California, for example, presenting a fake ID to a police officer is considered a misdemeanor. As such, it is punishable with up to 6 months of jail time. Though the judge may commute the sentence depending on the circumstances by which the crime is committed.

In other states where the offense is considered a felony, you may face up to 10 years of jail time. Some may also impose a fine in addition to incarceration. It can range from $500 to as high as $10,000.

This advice goes without saying. No matter where you are trying to gain entry to, being caught sneaking in illegal drugs can land you a spot in jail. Doing it right under an officer’s nose is something akin to suicide.

Surprisingly, a lot of people have managed it. Sometimes with the help of jail staff, unfortunately. Still, that doesn’t mean you should do it. When caught, you could be facing not just steep fines but also a life spent mostly behind bars.

Penalty for drug smuggling in jail also varies per state. But most of them classify this offense as a felony. Thus you can expect longer jail time.

In Arizona, a person caught smuggling drugs to an inmate may face jail time of up to five years along with hefty fines. In federal prison, this offense can land someone behind bars for six months and even up to 20 years.

Just like narcotics, weapons are also a big no-no during jail visits. In most jails, guards are equipped with metal detectors to search for any concealed weapons. Visitors get thoroughly screened before they’re let inside too. Depending on the security level of the facility where the inmate is in, you can also expect a body scanner.

You can often see it in Hollywood movies: a jail official accepts money in return for a “favor.” In real life, this happens a lot too. But that doesn’t mean you should do it. Not all officers would happily take your cash and turn a blind eye. To others, it can be construed as an insult and will instead put you in handcuffs.

Bribes are not only about giving cash. Offering anything of value or even just the promise of it constitutes the crime. US Federal law provides that anyone caught bribing a public official including jail officers shall be fined and or imprisoned for not more than two years.

This is one of the ways a jail visit can lead to arrest that you shouldn’t do. In an environment where tempers can quickly run high, sometimes it’s inevitable that our emotions get the better of us. Because of this, jail visitors sometimes get into disagreements with police officers. But whatever happens, you must always keep your cool.

Whether you’re in jail or outside, assaulting a police officer is a serious offense. The term “assault” has different definitions per state. But, most of the time, it involves threats or the use of physical force to cause fear in the victim.

Assaulting a police officer is one sure way to land yourself in jail. How long you will inside depend on the severity and circumstances of your crime. You might even be asked to pay for compensation to the victim.

In Florida, jail time for assaulting an officer can range from six months to as long as thirty years. The punishment also depends on the injury suffered by the police officer. In California, this offense qualifies as a misdemeanor. The sentence usually includes one year of incarceration and a fine not exceeding $2,000. Charges can be elevated to a felony if the officer suffers “serious bodily injury.”

Did you like this post about ways a jail visit can lead to arrest? Then you would surely love our piece on what it’s like to give birth in US prisons and the difference between a jail and a prison. Or visit our homepage to know more about how you can make cheap prison calls and send jail mail postcards.