10 Most Haunted Prisons and Jails in the USA 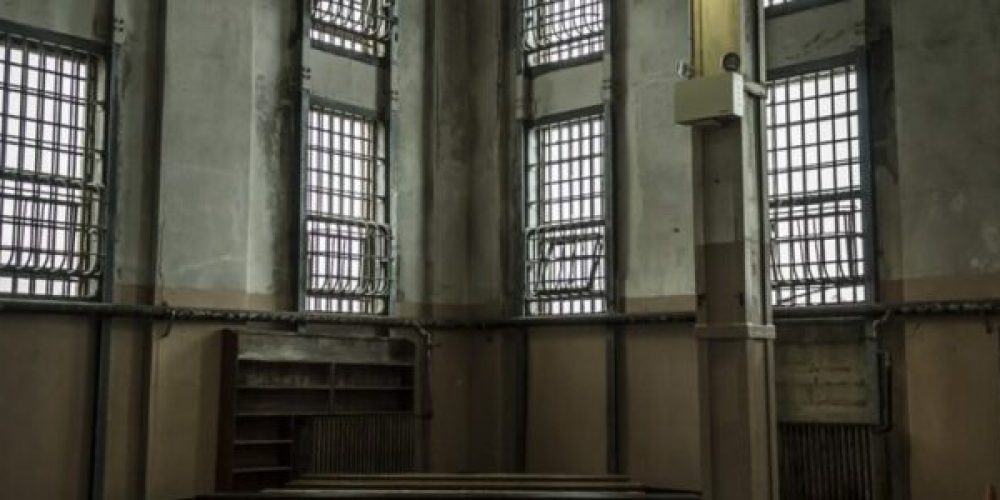 Prisons and jails are places where people suffer the most, emotionally and sometimes physically. This makes them a magnet for paranormal activities. Stories of disembodied voices and hair-raising screams often accompany a prison’s history.

In the US, prisons and jails are no stranger to horror stories. Built more than a century ago, blood and death mar their past. Some of them stood as living testaments to mankind’s cruelty towards those they considered as criminals, guilty or not.

Here are fifteen of the most haunted prisons and jails in the USA:

If you’re claustrophobic, then you probably wouldn’t have survived in this Philadelphia prison. Built in 1829, this prison-turned-museum is well-known for its solitary confinement of prisoners. And we’re not just talking about the usual solitary confinement they use as punishment in prisons today.

Prisoners were kept in total isolation, forbidden to talk to any living soul. They eat and sleep alone in windowless rooms. No wonder many of them went insane and suicide rates are sky-high.

Punishments were also very brutal, even for 19th century standards. Chaining an inmate’s tongue to his wrist is one example. The solitary confinement went on until 1913 when overcrowding forced the administrators to abandon them. It was finally closed in 1970. Since then, numerous tales of paranormal encounters have emerged, including apparitions and mysterious footsteps. It is now hosting ghost tours for those brave or adventurous enough to discover the mysteries behind its walls.

Located in West Virginia, this prison had its fair share of dangerous inmates. Because of this, tales of torture and violence abound during its 129 years of service. During its heyday, more than a thousand inmates crowd the tiny space. This cramped living condition often led to riots and inmates killing fellow inmates.

Aside from dying in riots, a lot of inmates also lost their lives in the execution chamber. The penitentiary executed inmates either by hanging or the electric chair. Even after it closed in 1995, the tortured spirits stayed. Paranormal sightings, unexplained voices, and mysterious footsteps have become common.

Today, the penitentiary functions as a paranormal tourist site.

This is probably the most famous prison in US history thanks to Clint Eastwood’s movie about it. Because of its maximum security status, it housed criminals the likes of Al Capone and Doc Barker. It’s built in the middle of an island and considered inescapable.  Apparently, that assumption didn’t stand after three inmates escaped. Though their ultimate fate remains unclear.

Alcatraz was then closed a year after the escape. Since then, reports of ghost sightings, and hair-raising screams, yells and suffering noises have become common. It’s now considered one of the most haunted places in the entire country.

During the jail’s more than a century of service, it saw about 10,000 people die from execution, illness or injury. Built in 1802 with a projected capacity of 130 inmates, the jail got packed with over 300 people at any given time. The cramped living situation contributed a lot to widespread illnesses. It also ignited riots that caused the death of hundreds of inmates.

The ghost of Lavinia Fisher, America’s first female serial killer and the jail’s most famous inmate, is said to still roam its premises. Other reported paranormal activities include chains dragging on the floor, slamming doors and disappearing objects.

This prison was first built as a reformation site. Offenders who are too old for juvenile but not yet too hardened for the state’s penitentiary were put here. Due to a lack of funding, the jail’s living conditions deteriorated over time. It became known for inflicting abuse, torture, and murder to its occupants.

Too many people lost their lives within its walls. The warden’s wife who killed herself by accident, an inmate who got killed and stuffed inside a bunk by another inmate and an employee’s wife and daughter who was kidnapped and killed by two parolees. It was eventually closed in 1990 after inmates filed a lawsuit citing its brutalizing and inhumane conditions.

After the closure, rumors circulated that the building is still occupied by its former inhabitants who suffered and died within its walls. There have also been documented reports of ghost sightings and unsettling encounters of the otherworldly kind. The most famous of which is the warden’s wife, whose rose-scented perfume can sometimes still be smelled in the room where she got killed.

The Old Montana Prison was founded in 1871, before Montana became a state. Like most jails in the country, it struggled with overcrowding and inhumane living conditions. Prisoners worked during the day and kept in solitary confinement at night.

In 1959, two inmates and a warden died in a riot. Murders and suicides were also very common. Because of this, stories of paranormal encounters are never lacking. People reported hearing doors being slammed, shadows on the wall and other hair-raising experiences.

A documented 322 inmates died in a single night from a fire that ravaged the prison’s west block in 1930. Tragic as it is, it isn’t the only incident that caused mass death among the inmate population. A cholera outbreak in 1849 killed 116 out of 423 inmates.

The prison also housed women and children, many of whom were severely punished. They would be stripped naked, tied to a pole and whipped till blood covered their backs. A more severe form of torture would include spreading hot ashes and coals unto their bleeding flesh.

With these horrifying treatments, it’s not a surprise that the facility has become a nest of paranormal activities. Even before the prison closed, inmates have already reported otherworldly experiences. After it got torn down and replaced by a sports arena, the haunting continued leading people to think the troubled spirits never left.

Also known as the Preston School of Industry, the facility was intended for juvenile delinquents. The red-brick structure is a remarkable sight in Ione, California because of its structure, which seems to come straight out of a movie.

Aesthetics aside, the prison had its own share of mysterious deaths. The most famous of which is that of housekeeper Anna Corbin. The staff found her beaten to death and stuffed inside a locked room in the castle.  Until now, her death remains unresolved. It’s also said that a cemetery once existed on the grounds but is now lost to history.

It’s because of this dark past that the castle has become a famous site for paranormal excursions.

In its heyday, the prison was famed for its corrupt police officers. They reportedly took inmates to the prison’s basement, which also served as a torture chamber of sorts. Many of those who went in never made it back outside. This earned the prison its nickname of “Bloody Maxwell”.

Today, visitors claimed to have heard hair-raising screams from the basement. They can also hear weeping and moaning sounds along with rattling chains.

Dubbed as one of the old west’s most feared prisons, this penitentiary is especially brutal even in the standards of its time. Each small cell is home to six prisoners and had only a bucket for a bathroom. Bedbugs, roaches, and rats also lived alongside the inmates.

Because of its unsanitary living conditions, illnesses spread fast. A lot of inmates died from tuberculosis, and it seems like their spirits never left. Those brave enough to explore its mysterious ruins reported ghost sightings in the dark cell. A tourist’s photo even included a shadow of a man just outside the cell’s door.

If you like this post, you should check out our list of rappers who are currently serving jail time and five ways a jail visit can lead to arrest. Or visit our homepage to know more about how to make cheap jail calls and send jail mail postcards.