10 Famous Prisons That Left a Mark in History 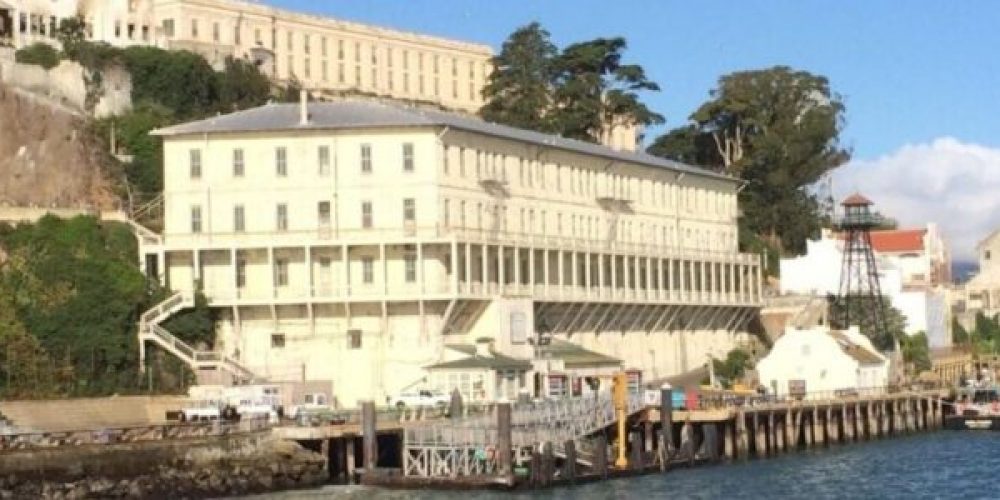 Walls tell stories. People remember buildings for many different things. Some people remember them for their unique architecture, but more often than not, it’s the stories that stick.

Prisons are riddled with unbelievable tales of bloodshed, conspiracy, and great escapes. These tales have made them famous, earning them a place in the history books.

These are 10 of The Most Famous Prisons That Left a Mark in History.

Also known as The Rock, Alcatraz is one of the most fortified prisons in the world, located in San Francisco Bay, California. If you’re a prisoner planning to escape, the security is only the beginning of your concerns. This island is surrounded by treacherous waters that reach temperatures below 60 degrees Fahrenheit. If that isn’t enough to trouble you, the currents are incredibly strong, sometimes bringing you out towards the Pacific.

In the mid-1900s, it housed some of the most notorious civilian prisoners. Among these prisoners were Al Capone, George “Machine Gun” Kelly, and “Birdman” Robert Stroud. The prison was later abandoned in 1963, following problems with transporting freshwater.

Nowadays, Alcatraz serves as a famous tourist spot, open to the public.

To say this prison has witnessed many deaths is an understatement. It’s reported that out of the 60,000 prisoners that came to the island, only 2,000 survived. Located off the coast of French Guiana, this island is also surrounded by extremely dangerous waters.

Because of the dangers surrounding the island, you could only safely access it via cable car. Many prisoners may have thought of escape during their incarceration, but the sharks should have been enough to dissuade them. Sharks teemed the nearby waters since the bodies of many prisoners would be thrown into the sea.

Treatment on this island was anything but accommodating. Guards would stuff prisoners into cells far too small to fit them all. And punishment here came in the form of pitch-black isolation, away from any other soul for months. This island was home to various crimes against humanity, and I would not be at all shocked if their souls remain to this day.

Located on the island of Tasmania, Port Arthur was constructed in 1830, initially as a timber camp. Not long after, it was transformed into a prison to keep criminals flowing in from Britain.

Port Arthur quickly turned from an innocent timber camp to the Separate Prison, otherwise known as “Hell on Earth.” When it started, its idea of reforming men was physical punishment. But after some time, they found this to be counterproductive, as it supposedly “hardened” the criminals. Instead, they introduced maddening durations of solitary confinement. Prisoners were placed in total darkness between several hours to 30 days, living only on bread and water.

Now recognized as a world heritage site, Robben Island served as a prison for over 400 years. Robben Island is located roughly 6km from Bloubergstrand, South Africa. It was in the year 1671 that the Dutch started using it as a prison. Dutch colonies started sending their “undesirables” and political prisoners all the way here to isolate them from the world.

As soon as the British annexed South Africa in 1806, they continued to use Robben Island as the prison that it was. Later in 1845, the government had accepted the plan to create a colony for the “unwanted” and “unloved” people. “Unwanted” encompassed the homeless, alcoholics, prostitutes, and those with STDs. The people sent to this island were then met with inhumane punishment, even for that time.

During the time of apartheid, many of the black population were kept here as political prisoners. The most noteworthy prisoner has to be former president Nelson Mandela.

One of the most famous prisons in Europe, Château d’If, is found in the Bay of Marseille. This prison looks more like a fortified fortress than anything. Most French prisoners, ranging from heinous criminals to political offenders, were sent here. This place notably rose to fame in the 19th century, following its mention in Alexandre Dumas’ famous novel, “The Count of Monte Cristo.” The story depicts the hero Edmond Dantès and how he survived 14 excruciating years on the island before eventually escaping.

His escape is contrary to reality, as there have been no recorded escapes from this prison throughout its history. This prison was incredibly infamous for in-house politicking, where wealthy political offenders lived in luxury while poor criminals wasted away in the worst conditions.

Elmina castle remains one of the oldest European buildings in Africa. This building was built in 1482 on the coast of Ghana by the Portuguese as a trading post. It was initially meant to provide safe passage for many captains by serving as a ship harbor.

It’s ironic how a building of such grandeur turned out to be a site of uncountable horrors. The castle served a vital part in the slave triangle between itself, America, and the Caribbean. Reportedly, 30,000 slaves have gone through the white walls of Elmina Castle during the slave trade. Slaves were made to stay in terrible conditions, cramped up in tiny spaces where disease festered, and food was scarce.

Standing in front of the Tower of London, you’re likely to think it’s more of a castle than a prison. While it’s more of a tourist spot these days, it was much more feared back then. This massive fortress was built by William the Conqueror nearly a thousand years ago in the 1070s. He built it out of pride, wanting to show off his triumph and unparalleled prowess.

Over the years, builders made more additions and improvements to the tower. Many kings and queens throughout history used this tower as protection for themselves and their possessions. The tower was home to a wide array of prisoners, ranging from displaced monarchs to common offenders. Many noblemen and women are said to have died within its walls, including Thomas More, King Henry VI, Anne Boleyn and Catherine Howard (former wives of King Henry VIII).

One of the things that made the tower infamous for torture is “The Rack.” This was an instrument designed to stretch the victim’s body, inflicting pain until their limbs popped out of their sockets. To this day, it reportedly remains one of the most haunted buildings in England.

Also known as the Hanoi Hilton, this prison served a pivotal role for Vietnam in the Vietnam war. Hỏa Lò is Vietnamese for “fiery furnace” because of the wood stove shops that littered the surrounding neighborhood. Its structural design allowed for about 450 inmates to be kept within its walls. However, after many years went by, this number grew to more than 2,000. With limited space and filthy conditions, the prison lived up to its name of “fiery furnace” with these conditions straight out of hell.

During the Vietnam War, part of the Hanoi Hilton was allocated for housing American prisoners-of-war. One of the famous Americans held here was John McCain. While Vietnam had agreed to the terms of the Geneva Convention, torture and brutality were rampant to gain needed intel.

Carandiru Penitentiary is undoubtedly the worst prison in recent history, home to one of the most substantial human rights violations ever in Brazil. This prison that was established in 1920 was later demolished in 2002, following public outcry over the events that occurred here.

Samuel das Neves designed this building to comply with all the demands of the 1890 criminal code. Towards the end of the 20th century, the prison became too overcrowded with prisoners that they started running the show. Inmates outnumbered guards 8 to 1 and gathered themselves into gangs. Malnutrition was widespread, and diseases, including HIV, thrived. Physicians were too afraid for their lives to come into the prison and treat the inmates.

All these factors culminated in 1992 in an all-out prison riot, which led to 111 inmates’ death. Police were unwilling to negotiate with the prisoners and instead resorted to having military police storm the area and gunning everyone down. They even shot prisoners who had already surrendered. This is the event that later led to the building’s eventual demolition. Only a part of it remains and now serves as a museum, housing inmates’ artworks.

Off the coast of Senegal lies the largest slave-trading post on the coast of Africa. The island was a prized parcel of land, mainly because of its strategic position. Furthermore, it had a nice deep harbor, earning the island its monicker of “Goe-Ree,” which meant Good Harbor. Possession of the island changed hands from the Portuguese to the Dutch, to British and French control.

UNESCO claims that at the height of the slave trade, more than 20 million Africans passed through Gorée. It’s hard to believe that among these beautiful pastel-colored colonial-era houses and crystal clear waters lies more than 300 years of horror.